Prevent inadvertent use of the transbrake once your car has been launched with MGI’s Relay Transbrake Lockout Circuit.

While competitor transbrake lockouts are mostly timer circuits (where the driver has to be very aware of the timer settings), MGI’s transbrake system is a no-brainer preventative lockout. If the driver makes a mistake on the tree – for example, accidentally releasing the transbrake button too early (say he/she forgot to step on the gas), then the driver simply has to manually flip OFF and ON the arming switch to reset the circuit.

With it’s ease of use and driver-safety design, MGI’s relay controller is the BEST TB-lockout on the market. 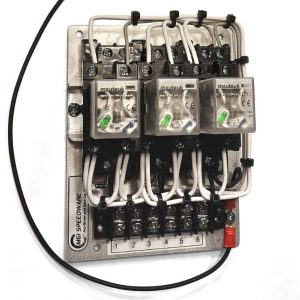 Operate a transbrake rated up to 5A 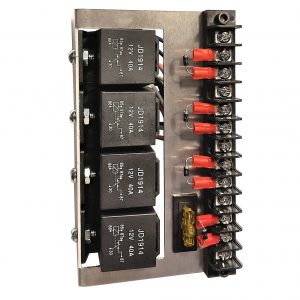 For a larger transbrake rated up to 15A

The selected fuse should be 3x the rating of your transbrake amps. (applies only to the FRTLC)

How To Use
Simply arm, engage, and release your transbrake – but only once! 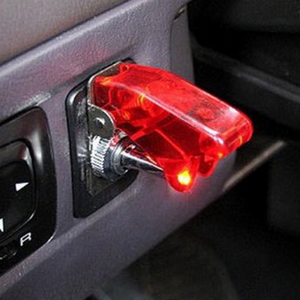 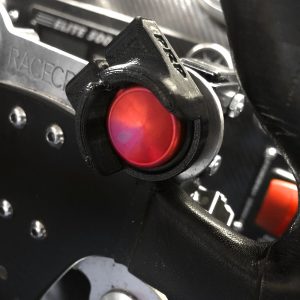 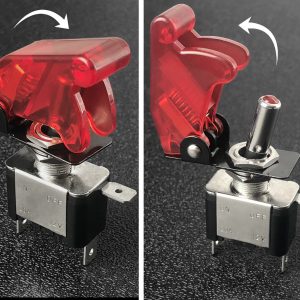 Once the pushbutton has been pressed and released one time, the pushbutton will no longer function until the transbrake arming switch has been turned off then back on (causing the circuit to reset).

Installation
How to wire the transbrake lockout circuit Before finalizing your purchase

It is important to familiarize yourself with the MGI panel Installation Manual. Not only does this help you to select the appropriate options for your race panel, it will enable you to tackle any troubleshooting issues with confidence.

Not only do we offer great features on our customizable control panels, we will confidently beat our competitors’ prices. Quality products at superb prices is the foundation of our business model.

Adding and wiring electrical accessories to your vehicle may seem like a daunting task. But whether you’re a seasoned pro or just starting out, it’s always good to have the right tools to work with.

See our tutorial on switch basics for more information regarding switch function, actuation, contact forms (poles and throws), and maintained vs momentary action.

We understand the importance of quality automotive electrics, especially when these products are to be an integral component of your showcar or race car projects. Rest assured that with MGI, there is no shortcut to quality.

For products presenting signs of shipping damage or manufacturer defects, MGI will repair or replace that item according to our warranty practices.

MGI is committed to delivering quality products and a no-hassle online experience, and we offer free shipping with tracking on all orders over $99 USD. This offer applies to regular postal service in North America.

If you need your order right away, 1-day and 3-day delivery options are available at checkout with convenient real-time rates from Canada Post and USPS.